I recently received my primary election ballot for the Republican Party in the mail. Now I have to sort through the candidates (and maybe hold my nose) and vote. I have been a long time member of the Republican Party as I want to be able to vote in the primary elections. I also typically subscribe to conservative positions on governance as it used to be presented in an earlier era. Now it seems that a large section of the party has gone wacko, so if I am to be relevant, it would seem logical that I also need to go wacko. The target that I have picked for my wackiness is conspiracy theories. I like them because they are easy to formulate and do not require any effort to maintain. They are also easy to defend as you just call dissenters “dupes of the liberals” and therefore not knowledgeable, and you ignore them. I am not familiar with QAnon, so pardon me if I wander into territory already defined by them.

Since I have already written about the upcoming problem with the electrical grid, I think that is a good leaping off point for my wacko conspiracy. I call it “The End of Private Transportation.”

I beg you to open your eyes to the rather obvious plan in operation that is aimed to end our right to private transportation. Sooner rather than later, it will be impossible for you to drive your private car, and we will be mandated to take government controlled transportation. Once this occurs and the government has the power to control our total movement, it means that we will lose our freedom to not only travel and relocate, but we will also lose control of our livelihood. The rapid progress being made in AI (artificial intelligence) will make this control possible once our freedom to travel is restricted to that approved by the government.

Let’s start with the current situation with IC powered cars (Internal Combustion). They run on gasoline, so the pump price of gas is of paramount concern to the vehicle owner. If you want to keep owners from driving, it makes sense to greatly increase the price of gas. 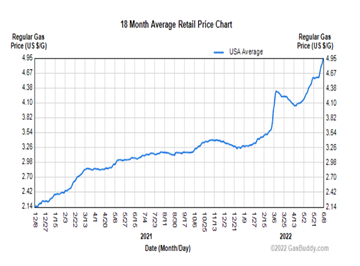 The graph shows how well that portion of the plan is progressing. Most authorities feel that when gas has a national average cost of $5.50 a gallon, consumers will start seriously cutting back on driving. That means that car dealers will have fewer car sales, and the automotive industry still dedicated to IC cars will wither.

By stopping in-country exploration and drilling in addition to eliminating some international suppliers, it has been possible to drive the price of crude oil way up with support from the big oil companies whose profits dramatically increase. This effort still has a way to go. In the meantime, the EPA can hound the refineries to cut back or shut down in the name of environmental improvement.

With gas being made unaffordable and scarce, let’s now look at the EV (electric vehicle) situation. As I explained in my last article, the conversion of automotive transportation from IC to EV makes it predictable that there will be more demand for electrical power than the grid can supply. If you follow the news, you have heard that California is already predicting brownouts due to the air conditioning load picking up with hot summer days. Now add the load of a few million EVs and the grid will all but collapse. This will lead to the rationing of electricity which, with the new telemetry controlled meters, will be easy to control.

You will be permitted just enough electricity to charge your battery for transportation to work and maybe the grocery store. Beyond that you will have to have government permission for additional charging. Hopefully you will be in the good graces of the government and get at least some recreational travel. There will be a big demand for public transportation, which will be provided when and where the government chooses.

Through proper planning and good leadership, the electrical grid could be made much more robust. Solar and wind power are nice, but woefully insufficient to meet the demand that will exist. Hydro power is great, but with the climate caused drought, it is being curtailed as the reservoirs are too low to feed the turbines. There is also atomic power, which is the only rational savior, but where is the planning and funding for that? It is easier to not correct the ill placed fear of radiation, or to let it be known that with the latest research the existing stockpile of radioactive material can be used to meet power demands for 100 years. Instead it makes sense to support illegal aliens and fund mental health services as we all go nuts. 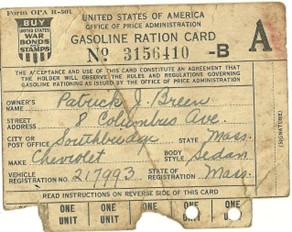 Let me explain how the plan will work. I am at an age where I remember gas rationing during WWII. You were assigned a gas ration sticker (A,B,C, etc.) based on your perceived place of importance in serving society. The new plan follows this concept but with much more sophistication. You will be assigned an AH allotment (Ampere-Hour) based on your PP (Political Profile). Using AI (Artificial Intelligence), this computer program will be easy for Bill Gates to create and the government to administer. Under the current infrastructure improvement plan, tens of thousands of charging stations will be built. These will be equipped with AH code readers similar to a current gas pump card reader. Based on the size and strength of your PP, you will download the AH allotment assigned to you.

Since the AH meters already used by the power company to determine your electric bill either have been or will be equipped with telemetry for remote automatic monitoring of your home, the home power allotment can be harmonized with the vehicle allotment so that there can be no cheating by bypassing the charging station and using your solar panel to charge your EV. You will have the option to trade off home power for EV power. By not air conditioning your house and turning down the thermostat, you can do more driving. 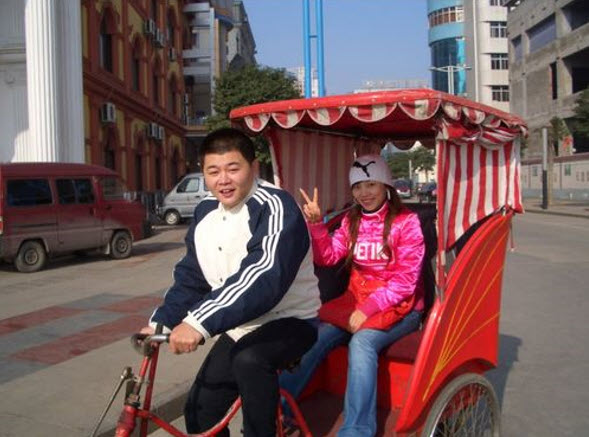 Now that I have exposed the plan, the question has to be asked: “What can we do to keep our freedom?” I think the answer is to exercise more and gain strength so that we can ride bicycles. It will be very difficult, but not impossible, to control that mode of transportation. My advice to you is to move to the flatlands as that property will be become high value when the bicycle invasion commences in full swing. A hot tip is to buy stock in a bicycle company as demand is sure to skyrocket. I plan to unload my hot rod Ford while there is still a market, buy a conveyance suitable for my advanced age, and get a propulsion source under contract while the demand is low. As a wacko, I think outside the box and off the grid.

You have been warned. If you want to be driving your personal vehicle in the future, start thinking now how to take care of your PP. I advise you to join my new political party: ZAG (Zealots Against Government) and become part of the MADD movement (Make America Dumb Down). You can start by reading this article which, with a little forward thought on your part, will prove to you that I am not kidding; I am just wacko!

A Footnote:
As a result of writing this, I had to step back and evaluate my life. Why did I spend so much time, expense, and effort to get a formal education when I could have just done this which is so much easier? The mental effort to study a situation, evaluate data and come up with reasoned solutions is so much more difficult than just making up my mind based on flimsy arguments, and then proliferating them to advance my career. I think I could have been made President doing that . . .