This is the article that I wanted to write, but now I can’t write.

To me as an engineer, momentum is a function of mass and velocity. As you increase mass and start it moving, you get velocity and thus are building momentum. Momentum can build rapidly, such as a bullet fired by a gun. It can also build slowly, such as a freight train. Just as it cannot build instantaneously, it cannot die instantaneously. A bullet usually has a violent end of its momentum, while a freight train demands a great deal of respect as its momentum slowly dies.

Momentum has an analog in society when we think about social interaction. A quick fad bursts suddenly on the scene and then dies just as suddenly. Our democratic form of government was built over a period of years and is still evolving today. (It hopefully has enough momentum to keep growing and not fade away).

What does all of the above have to do with the Lincoln Continental Owners Club (LCOC)? We have become part of the energy that is causing local momentum to be built for financial support of a really great social cause. The LCOC is helping to build a fund raising event to support St. Jude Children’s Research Hospital. St Jude, the patron saint of lost causes, provides free critical care for children with cancer throughout the nation and the world. The hospital gathered momentum through the dedication of a very popular 1950s comedian, Danny Thomas. During the formation period, the hospital was often referred to as the Danny Thomas Hospital. Now it has a huge momentum like the freight train, and what sustains this momentum is contributions from society to the tune of $1.5 billion dollars a year. That level of contribution now supports 8 affiliate hospitals. 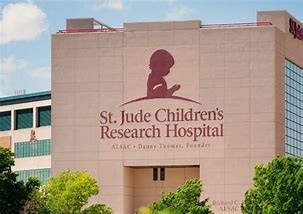 With that massive stream of charitable contribution, it may seem what we do at a local level will only be a trickle adding to that stream. Is this worthwhile, or should we just let the one percenters with massive funds carry the ball? A good question that I think needs a good answer. It is obvious that a research institution with 8 affiliate hospitals requires massive funding to keep operating and even continue to grow. To do that takes many small, as well as large, contributors. This is not a government funded project. There is no tax base to support it. It is supported by people like you and me who want to keep this flowing and that requires continuous dedication and funding by all sources that add to the momentum.

I exhibited my 1940 Lincoln Continental convertible at the first Landmark Lincoln car show. I was a little surprised when myself and the other 200 entrants were handed a $20 bill by Tom Daniels, the owner of Landmark Lincoln. Not only were free hamburgers and hot dogs served to  all attendees and entrants, but on one side of the car lot there was also a booth accepting donations for St. Jude. I have entered a lot of car shows, but never have I had anyone give me money for entering; it is always the other way around. I thought to myself, What a great way for a dealership to promote its products by having a car show to attract car owners to participate by handing out money and free food. There was also a charity invited to attend this show.

Did I ever read that wrong! The purpose of the car show was not to promote the dealership, but to serve as a fund raiser for St. Jude. The $20 was not for me to spend however I wanted (case of beer anyone?) but for me to walk over to the St. Jude booth and make a donation. I admit – I am not always the brightest bulb in the candelabra …

Take a minute to think about the significance of this. Tom Daniels and the Landmark Lincoln employees shut down a day of car sales and the opportunity to clear out a lot full of cars to  cook food and raise money for a great cause. This all costs valuable time and money. But come hell or high water, Tom is going to have a fund raiser for St Jude. So the LCOC stepped up and organized the car show with full financial support from Tom. Every club show I have been involved with has to charge entry fees to cover expenses. Not with this car show!  Because of this support from Tom and his dealership, it means that 100 percent of any money donated goes to St. Jude.

When you have big dreams and back them up with action, you attract others to your cause. So is the case with this local fundraiser for St. Jude. Those involved want this show to outgrow the Landmark Lincoln car lot and even outgrow the ability of the LCOC to conduct it without more support. So the momentum is now building for greater community involvement. As soon as we recover from this year’s benefit show, planning will start for an expanded show next year. Those exhibiting this year may look back with pride on their pioneering effort. You can be part of that momentum building force by turning the efforts of our local support into a small stream that adds to a mighty river of good will for a worthwhile cause.

This is what I have to write.

Those are the last words I wanted to hear when sitting blind in the nose of a B47 bomber going full blast down the runway. But better to abort than have a flaming wreck. It is with a great deal of regret on behalf of Mike Sedio and the LCOC planning committee that I have to use these dreaded words for our St. Jude benefit car show. The latest wave of the COVID19 pandemic has made it untenable for Tom Daniels/Landmark Lincoln to invite the public, including those who are negligently unvaccinated, to come onto the dealership property under his sponsorship. There is a recent Colorado case involving a dealership where 12 employees caught the virus and four people died. This put that dealership under quarantine and into survival mode. I certainly cannot argue with this decision to very regrettably pull the plug on the benefit and the show.

How far had planning progressed? There are 140 registrations on the books with another 70 estimated to be submitted. My message for this newsletter was to tell you to register before the show became oversubscribed. The Denver Bronco cheerleaders were under contract to do photo ops, and a dragster and funny car were going to have a cacklefest. Crusin’ Dave would be blasting out the golden oldies for us. The local media was prepared to promote the benefit, and there was to be a live radio broadcast from the car show. Joel Lahey of Landmark Lincoln also had other attractions in the works to attract the general public. He estimated that 5,000 people might attend. Just think of the glorious traffic jam on South Broadway!

Can we make any lemonade out of this very sour lemon? In a word, yes. The LCOC will be presenting a check for $2500 to St. Jude. This is a pass through from a support donation by the Ford Motor company. Also the first 100 people to drop by the Landmark Lincoln show room and make a $20 donation can pick up a free copy my book The Bootlegger 40 Ford. Beyond that, it is a case of “wait till next year.” 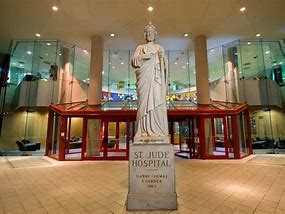 I now have a fonder regard for St. Jude
and for whatever lost causes he advocated.

He persisted, and so shall we.