You may remember the “Don’t Ask, Don’t Tell” policy statement that was issued during the Clinton administration in response to the LGBTQ movement as the social landscape was shifting. But something happened to me this month that gives that statement a new perspective. I got a mysterious phone call that at first I thought was a robo call, which I usually hang up on after about the fifth word from the robotic voice. But this call was different. The caller had a definite accent – I am not sure which native language – who told me that I was to take delivery of a special car and to put it back in working condition. Next the caller informed me that I was to check my business bank account. I’m thinking this was a prank, so I got on the Internet, looked at my checking account, and to my utter surprise, there was a $75,000 deposit that I did not make.

Later that day, I got an email from an anonymous source that stated that the car was very special, and they knew I not only had a special interest, but also a great deal of experience with Chrysler 300 cars. The anonymous source informed me I was to use my experience and without publicity restore the car that was being sent to me. In addition, if the expense to restore the car was greater than the current deposit I had received, more money would be sent.

The bank has good safeguards that prevent an account from being accessed, but there is really nothing to stop an incoming wire transfer, which I discovered in my checking account. What in hell is this all about? It was that afternoon that a car hauler, driven by a very husky young man, pulled up in front of the house and deposited a 1954 Chrysler Windsor in my garage shop. 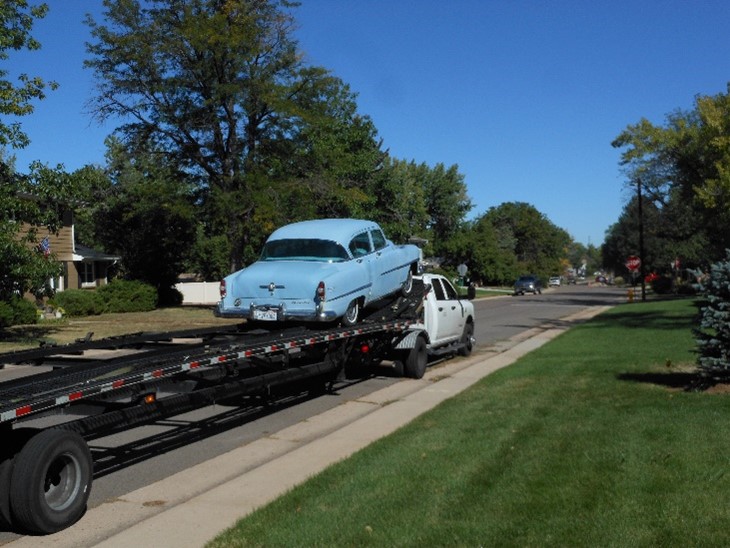 A 1954 Chrysler Windsor is a very pedestrian car and pretty far down on the collectible list. Even a really nice original one such as this one does not draw much attention. It is a four door with a “Spitfire” six cylinder engine. A New Yorker coupe or convertible with a hemi would indeed have some interest, but a slug of a four door? I don’t think so.

But that was not all. The driver, who I learned emigrated from Siberia, Russia, asked if he could use my engine hoist to unload a crate strapped onto the car hauler. This was an arduous and very peculiar undertaking. I took my pry bar and opened the crate and discovered this inside. 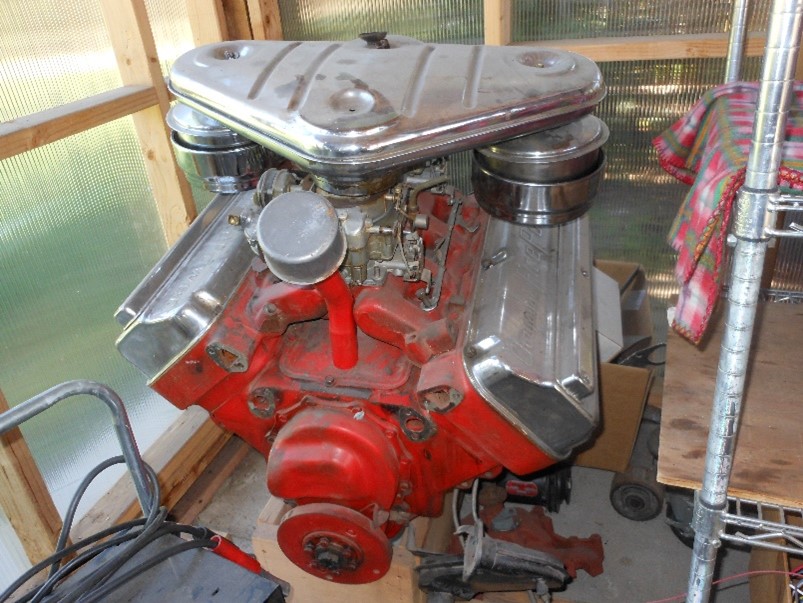 Now that was one hell of a surprise. Checking the serial number stamped on the block, which started with 3N55, I immediately recognized this as a genuine dual four barrel carb Chrysler 300 engine. This is a very powerful limited production engine derived from the Cunningham engine raced at LeMans. That engine is to the Spitfire engine as a plow horse is to a racing thoroughbred. I continued to think to myself, “What is this all about?” This mystery continues . . .

Before the driver of the delivery truck left, I asked how he got the order to deliver this car. (Again something very peculiar). He said he was contacted by a Saudi guy, given $2000 cash, a set of coordinates and told to pick up a car and deliver it to my address. The pickup address was a dusty crossroads in the Mojave Desert, and when he arrived, there sat the car all by its lonesome with no one or anything around. The pink slip title and a notarized bill of sale was in the glove box, so there was not a question that it might be a stolen car.

Now my curiosity is at an all-time high. Under the hood sits the old reliable, but dull, flathead six cylinder “Spitfire engine” in working order but stained with leaking antifreeze.

In the glove box is an old fashioned registration envelope indicating that the car was originally sold in Las Animas, Colorado. Upon closer examination, I believe that this is not the original engine installed in this car. It looks like a cheap replacement that would be an easy fit. I cleaned some grime off the firewall and stamped in ½ inch high letters is “EXP.” What??? I called my buddy, who is the President of the Chrysler 300 Club, who referred me to a very elderly retired factory engineer. When I asked him about the “EXP,” he said that meant “Factory Experimental” and how on earth did I get that car? After testing, they are destroyed and never sold! 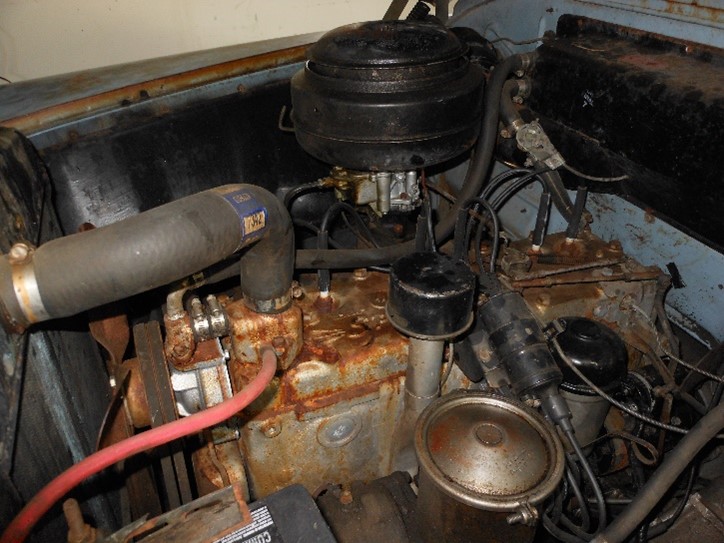 Well there it is folks. A real mystery car with perhaps a story to tell. In the back of my mind is the urban myth about a “Gunrunner” car that could not be caught. It made headlines when a nuclear weapon was moved by it from California to New York, unable to be intercepted. Now I know car BS when I hear it, but ???

(You may be asking if this story I shared is all true. I have to quite honestly answer – yes, it is as true as anything that I have published).