We all tend to think that classic cars are just lovely objects made of steel, plastic and rubber with oil and grease flowing through them. However, much to my surprise, I have discovered that they have emotions that we fail to recognize and to appreciate. This was brought home forcefully to me when I went to retrieve Margaret, my 1940 Lincoln Continental convertible, from her four month display at the Forney Automotive Museum in Denver. She started rather petulantly, which is not unusual for cars of her age and design, but what was unusual was that she blew some blue oil smoke at me. I attributed this to sitting idle a long time and that her innards just needed to be exercised a little to get back to normal operating condition. There may be more to it than mechanical performance.
MY SUSPICION ABOUT MARGARET
I have much more that a passing acquaintance with old cars having been in very intimate contact with many of them. In Margaret’s case, I had (with some discretion) stripped her naked and then restored her to her youthful condition. In the process, I could sense that there was more than mechanical interaction between us. Now I know that this seems preposterous, but until you have been in intimate contact with a vehicle like Margaret, I ask you to keep an open mind about how such an interaction can occur.  Her soft leather seats can actually feel erotic, and her twelve cylinder engine can speak to you with authority. It wasn’t until the museum incident that I learned that she also has emotions.
MARGARET’S INFATUATION
Since a vehicle has no voice to speak out, you have to learn how they communicate in their own way. On the way out of the museum, we passed a neat little 57 Chevy Bel Air convertible looking very dashing in its freshly polished red paint. Margaret stalled her engine right in front of it. Margaret’s engine is a smooth as a summer’s breeze once its running; she just never stalls. Then it occurred to me that she was communicating something. What she wanted me to know is that she had developed an infatuation for the Chevy. It was then that I realized I had a special problem, which I needed to handle. 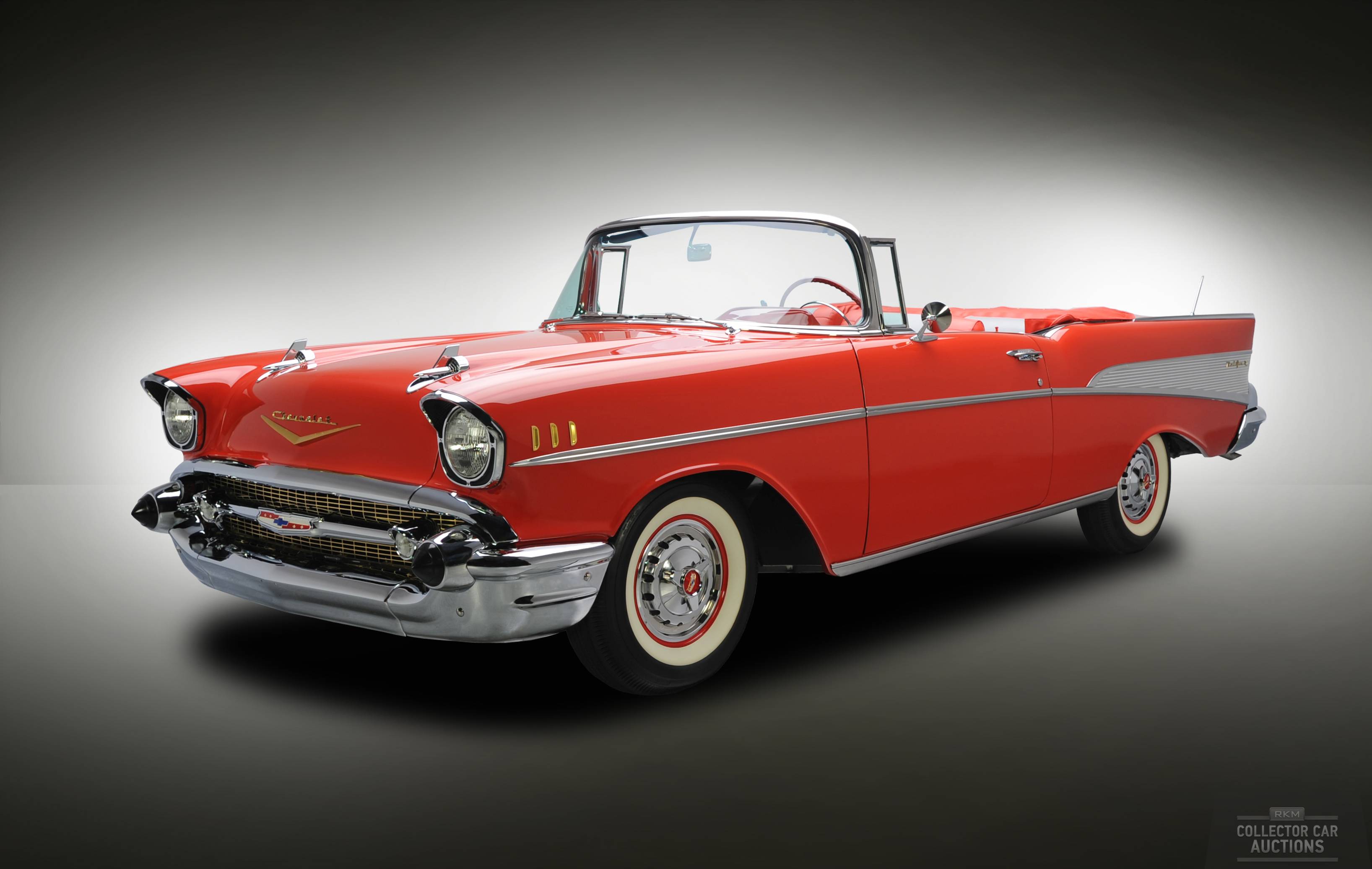 A DIFFICULT LIFE
I am not a snobbish person, but there are certain relationships that are not appropriate. Margaret was created as a very special vehicle directly by the scion of Henry Ford. Her mother was presented to the high society of Palm Beach Florida where she received much acclaim for her startling good looks and impeccable breeding. As one of only 300 children of this famous mother, it was natural to expect that Margaret would herself be a part of the A list social set in any community in which she became a part. This would mean associating with Packards and Cadillacs, be stored in a fine garage, and be driven by a well-to-do owner or his chauffeur. I am sure this was the case in Margaret’s early existence.
I know that Margaret was recovered as a derelict behind a gas station by a sympathetic man who wanted to rescue her from self-destruction. Her dramatic fall from grace must have left indelible scars on her. I was proud to see her return to her full classic glory as result of my concern and the help of multiple specialists.
Now that Margaret is back to her full classic glory, it’s time to revisit her 57 Chevy Bel Air infatuation.
WHAT IS APPROPRIATE
A 57 Chevy is, without a doubt, a very special and beautiful vehicle full of youthful vigor and power. It will certainly attract the attention of other vehicles that do not share the dashing good looks and boisterous personality. On the other hand, it comes from a very large family of commoners that for the most part lack any social distinction. They are good hard working cars but of very limited social status. 57 Chevys work faithfully for their entire life, and then are dismissed.
Margaret, in spite of her rejuvenation, is still a dowager. At age 78, it is remarkable that she has become infatuated with a younger vehicle, but I have to ask myself if this will come to any good end. I hesitate to mention this, but Margaret has some problem with oil incontinence, and I have fitted her with a diaper so that there will be no visible leakage from her crankshaft slinger. A nice intervention would be to machine her crankshaft and install a modern seal, but I feel that this would be just too traumatic for her. I must also recognize that there is both a formidable age difference and a large difference in social background. I do not begrudge Margaret a final fling as long as it is not injurious to her newly restored condition. But a 57 Chevy? I think not.

While I think this situation through, I have stored Margaret top down in my garage and covered her in a blue plastic sheet to keep dust and dirt off her perfectly polished black finish. I can sense that she is depressed now that she does not have the admiration of the museum patrons and the interaction with other vehicles. She can only share space with a Corvette, which she finds vulgar, and the skeletal presence of the Chrysler 1961 300G undergoing rehab, which she finds frightening. I think Margaret suffers some from PTSD due to her own restoration.
A COMPASSIONATE PLAN
I do not like to see Margaret in distress, but I am very limited in what I can do about her situation. My first thought is to take Margaret to car shows where she can once again revel in her new found glory and be recognized as the charming matron that she has become. Perhaps she may attract the attention of a handsome Cadillac convertible clothed in a vibrant maroon finish.
But I have a problem: due to my age and family circumstance, I no longer do car shows. Getting Margaret primped and ready is a chore, and I do not relish getting up early in the morning and sitting in the hot sun all day. She is very nice to drive and glides elegantly among the more faceless traffic. Margaret gets many admiring glances and more than a few thumbs up despite her advanced age. However both our joints are stiff and mine hurt when I have to press her new clutch, which has to be done regularly in city traffic.
So I have made the decision to sell Margaret. I will miss her, but I my hope is that she will find a new owner that can make her happy and give her the long life that she so richly deserves.
BAD BEHAVIOR

The situation with Margaret and the new knowledge that some cars have emotions led me to take rather drastic action with the 1940 Ford coupe better known to you as the “Bahnburner.” With the surgical intervention that converted it from a prosaic flathead engined car with buggy suspension to a formidable hot rod with a powerful modern engine and a modern independent suspension, it has become very cocky. I caught it screaming in low range drive doing over 70 mph on Arapahoe Road. The “Bahnburner” was very lucky that the Arapahoe County Sheriff was not patrolling at that time as he would surely have been arrested.
As punishment for this unacceptable behavior, I have given the “Bahnburner” a “time out” in a garage in Castle Rock owned by my dependable mechanic. He cannot return until the 1961 Chrysler 300G is finished with his rehab. I am hopeful that sharing space with the “Beautiful Brute” will result in some constructive mentoring. The “G” I am sure will brook no nonsense and can easily overcome him with its powerful cross ram engine and torsion bar suspension. I do not want to destroy his spirit, but he must conform to social norms.
ARE YOU MISSING AN EXPERIENCE?
I do not think modern cars have emotions. They have been neutered by microprocessors that control them. They are totally incapable of independent action since the variable analog control that is part of the old car is totally absent. They are constrained to perform in a digital world that is totally emotionless. The vehicle thus becomes an appliance to be used only for its intended purpose, and only in the manner dictated by its internal algorithms. Disturbing these algorithms results in psychotic behavior that can only be remedied by reprogramming. Your intervention will make no difference.
I urge you to make acquaintance with a classic old car and learn how satisfying and frustrating it can be to become a part of their world. We may not have them around much longer, so get involved while you still can. There is no other experience like it.