A chip has many meanings – it can be a small particle that results when you cut or chop something; it can be something you use to scoop up onion dip and eat; or it can be a very small, integrated circuit.

A small cut chip in your eye is very annoying and a chip full of onion dip is very fattening, but it is the small, integrated circuit that has a multi-billion dollar ramification. It is the reason why car dealer lots are devoid of new cars, and why there are vehicles sitting anywhere they can find vacant pavement waiting for this very small, integrated circuit to be installed before they can be sold.

I learned that our bad neighbors in Russia, who are busy committing genocide, have a problem so great that they have been forced to return to manufacturing vehicles the way they did in the 1950s by installing old school carburetors and manual transmissions since they no longer enjoy the benefits of free trade to import chips as punishment for their bad behavior.

What are these things called chips, where did they come from, and how did they evolve? I invite you to join this seasoned engineer and take a stroll through electrical engineering history.

After completing my biology degree and serving in the Air Force, I entered the Cornell University Electrical Engineering Program in 1958 intent on getting an education that would lead to future employment. The college experience consisted of a long grind of technical studies, interrupted by more studies, and starting a family. It happened that this was a pivotal period of time in the advancement in the field of electronics.

Most designs at that time still used vacuum tubes. I was very familiar with those as miniature versions populated the armament systems in the B47 bomber that I worked on in the military. Vacuum tubes used heated filaments to work, which made the nose inside a B47 on a hot Texas day a real sweat box. They occasionally would get rude and blow up inside a module. Needless to say, this was not a good thing to happen at thirty thousand feet. The Nobel Prize winning invention of the transistor by Bell Labs scientists made the hot thermionic vacuum tube obsolete and started a monstrous industry that has influenced all our lives. 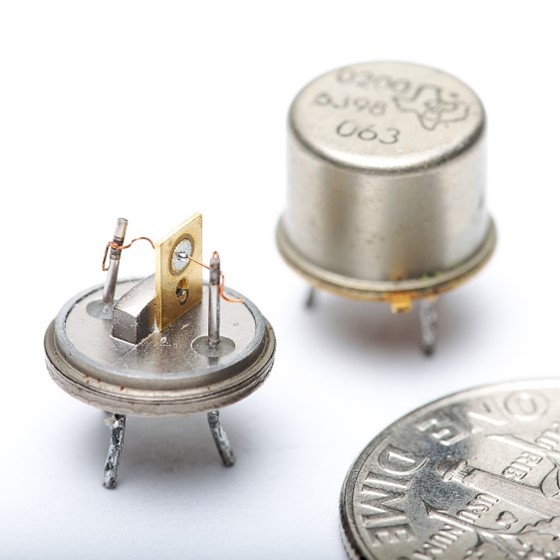 Electrical circuit designs are based on mathematical formulas that characterize how an electrical component behaves. The same formulas also define how a mechanical device behaves. This is very convenient as electrical circuits may be used to predict the behavior of mechanical devices; thus the analog computer was invented, which was an important invention for the design of aircraft, rockets, and a bunch of other stuff.

The mathematical characterization of these active devices along with models for passive devices like resistors, inductors, and capacitors made possible the design of functional circuits used to make instruments such as transistor radios, volt meters, medical monitoring, and more. Those early instruments used discrete single transistors and other components mounted on a printed circuit board connected by wires to the control knobs. 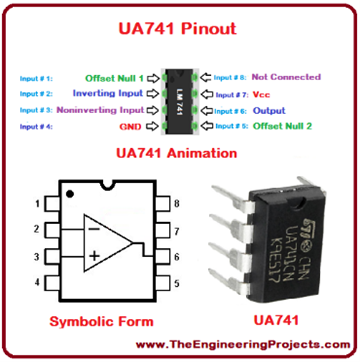 As the state of the art advanced multiple transistors, along with passive components, were printed as a network on a substrate to create functional building blocks, they were given the name “integrated circuits” or ICs for short. The Fairchild ua741 operational amplifier led the parade and became as universal as aspirin in the industry.

The next major step was to combine analog instrumentation with digital logic to make digital computing possible, thus supplanting the old analog computers. I was thrilled to get a rack mount 12 bit analog to digital converter (A/D) that was two inches high, 19 inches wide, eight inches deep, and cost a thousand dollars. I could then connect an op amp and feed the digital output into a computer for use in brainwave calculations. You probably now have few of these A/D converters running around in your cell phone!

You may have heard of Moore’s Law; it is a non-scientific observation.

Moore’s Law states that the number of transistors on a microchip doubles about every two years, though the cost of computers is halved. In 1965, Gordon E. Moore, the co-founder of Intel, made this observation that became known as Moore’s Law. Another tenet of Moore’s Law says that the growth of microprocessors is exponential.

From the time my granddaughter Anita was born until April 2022 when she got married, we have seen the transistor grow from dime size discrete devices to integrated circuits no bigger than a postage stamp containing thousands of transistors with elements one ten thousands the size of a human hair. The production process grew from lab sized equipment to massive billion dollar factories. Moore’s Law may be approaching a dead end as the true laws of physics cannot be broached. Maybe a new paradigm will emerge that will astound my great grandson.

If we look back to the 1970s, we can follow the transition of automotive transportation from mechanical vehicles incorporating some electronics to now essentially electronic vehicles with the mechanical sub systems used only as rolling support platforms. It’s possible I may get to see the time when I can order groceries from my cell phone, dispatch my EV to go unattended to the grocery warehouse to pick them up, and deliver them back to my house while I take a nap. It is a matter of industrial development, not a matter of science, for this to occur. (The nap is an age-related phenomenon independent of electronics).

The revolution started with the simple replacement of ignition mechanical points by a switching transistor.

Next came replacement of the carburetor with computer controlled fuel injection. Along came transmission control, anti-skid brake control, and suspension control. We now have fantastic electronic navigation systems that can listen and communicate with satellites, plus a hifi system that can play music recorded on thumb drives and display movies on a screen. In fact a modern car is populated by as many as 20 microprocessors, in addition to the Electronic Control Unit (ECU) that controls the engine and transmission. Arriving rapidly on the horizon is the use of Artificial Intelligence (AI) to actually replace the driver. (“Officer, it was not my fault – the computer was driving!”) 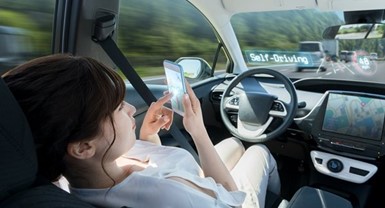 With the advent of the pandemic and the result of lockdowns, car companies saw a grim future for car sales, so they downgraded their production schedules, which cascaded into canceled orders for integrated circuits. At the same time, schools and businesses switched to virtual operation, which skyrocketed the sale of personal computers. So what did the chip manufactures do? They shut down the automotive chip manufacturing and moved to the production of circuits for personal computers.
The current unanticipated increase in demand for new vehicles in the face of reduced production of the required chips is the cause of the current problem in vehicle production. To change over production and increase capacity is a very expensive and time consuming process that is in full swing now. In time the supply and demand curve will coincide, but in the meantime, you can drive by most any new car dealer and find near empty lots. 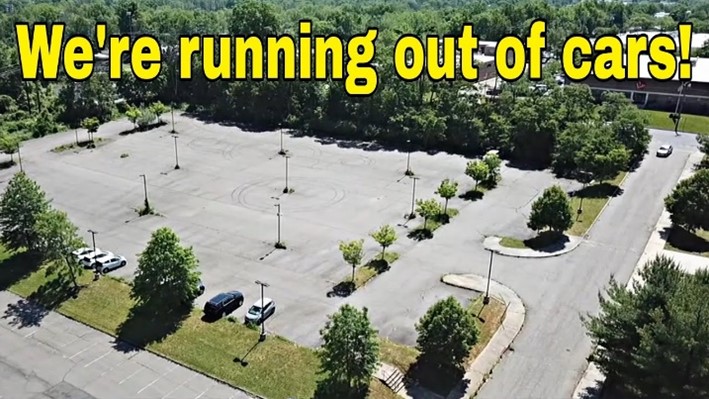