The hobby of cars (referring to old, classic cars) is full of labels, most of which do not have a rigorous definition. I previously discussed different understandings of the term “classic,” which involves the meaning being based on the experience and point of view of the beholder. Earlier definitions get modified to suit the experience of later generations. In this spirit, let me explain how we can define the status of collectible automobiles.

This is a nebulous term as there is really no such thing as a “totally original car.” Are the same air and oil that were put in the car by the factory still there? No. Then it is not “totally original.” In the meantime, let’s take a look at a car that I think we can all agree is “original.” I give you the 1982 Lincoln Mark VI owned by Ray Ziehm. At age 27, Ray was a Durability Engineer for Lincoln and managed a fleet of 10 early production 1956 Lincolns that were driven 1000 miles a day by a team of drivers.

Ray bought this car 10 years ago in Denver from the owner’s daughter. The car had 14K miles, and has now been driven to 29K with no problems. With only 29K miles, the car looks and drives very closely to factory new. There is nothing mechanical or by way of appearance that has been done to the car other than routine maintenance. To find a 40-year-old car in that condition is very rare. It is one that you can get in, drive, and experience the same level of performance as the original owner when he drove it home as a new car. Age is now a reason that Ray feels he should sell the 1982 Lincoln Mark VI. The hope is that the new owner of the car will keep it in this condition as the bromide states: “It is only original once.” 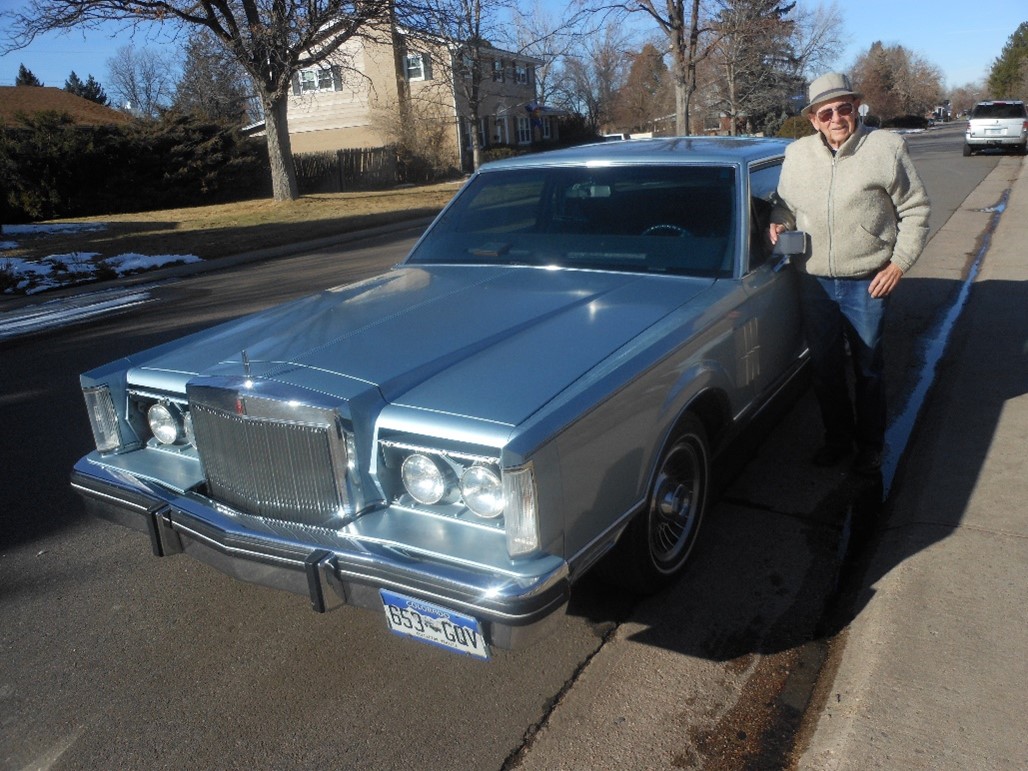 This is a category that fits most LCOC Club cars. It is a car that was degraded but had work done to make it like it was when new. That is a general definition but, beyond that, we have to consider another bromide: “The devil is in the details.” The amount of work that is done to a vehicle for it to be called “restored” can vary greatly. If the paint is just faded, it can be compounded, touched up and polished to look like new. However, if the paint has rust through showing or it is otherwise totally degraded, then it is necessary to strip or blast it back to bare metal and start over with a new paint job, which will probably be a different type of paint than what was used at the factory. (It does yield a beautiful new appearance to the car). In addition, if you replace the suspension bushings and worn shock absorbers and clean up the upholstery, you have a “restored car.”

Now we come to what I did to my 1940 Continental Cabriolet. I totally dissembled the car and cleaned and stripped all the body and mechanical parts. The insults of 60 years of wear and tear and storage degradation were corrected, and the car was reassembled with all new or rebuilt parts including body, engine, transmission, suspension and upholstery. This a very labor intensive task with lots of difficulty and high cost. The end result, however, was that my car took a “First Primary” award at our Western National Meet. This type of restoration is often called a “frame off,” “body off,” “rotisserie,” or “nut and bolt” restoration – take your pick.

The caveat is that if you buy a “restored” car unseen, there is no telling what you will really get. It pays to have the car professionally inspected and require good documentation of the work accomplished. The biggest worry with older cars is hidden corrosion that is covered with plastic filler called Bondo, which restores the surface but has no structural strength. If structural damaging rust through is present, expect a huge expense to fix it. 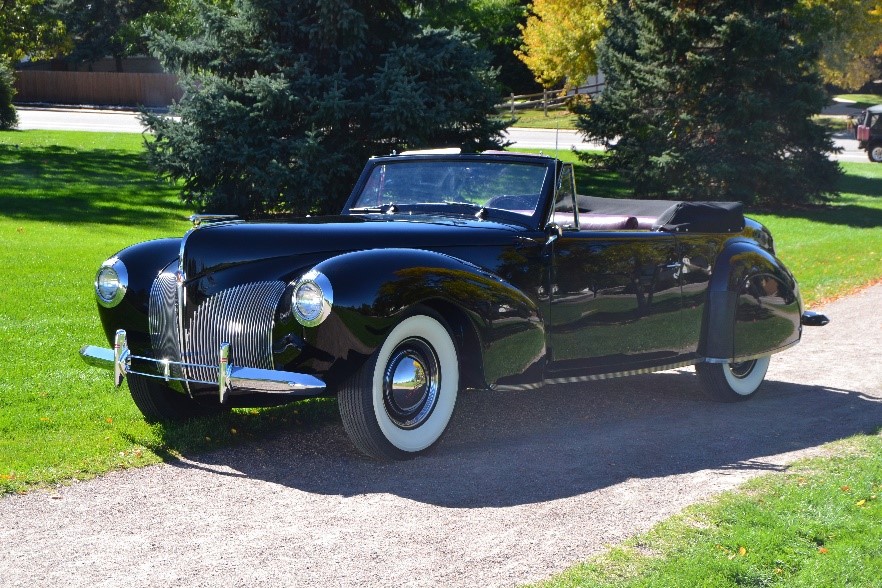 This is a category that can drive you nuts. The general definition is if it did not come from the factory, as a factory part, or was not on the car when it was new, it is a “modification.” There is a lot of latitude for difference of opinion on this. Let’s look at some cases. The car came with factory air using R12 refrigerant and a big clunky compressor. You changed it to a modern after market system using R134 refrigerant, which is the only kind currently allowed. Do you now have a modified car? I restored a 1961 Chrysler 300G with a drum-to-disk brake conversion and replaced the carburetors with lookalike fuel injection. Otherwise the car is totally stock right down to the stamped pattern on the seat upholstery. It runs great, stops great, and looks great, but it is “modified.”

Among members of the Early Ford V8 Club, it is common to take off the iron heads and single carburetor and install aluminum heads and dual carbs. This is definitely considered to be a modified car. There can come a time when it may make good sense to change the engine to a different type and even different manufacturer. The car in the picture below is a 1948 Lincoln Continental Coupe similar to one owned by Jim Starr, which he inherited from his dad, Al. The flathead V12 engine has been replaced by a 1950 Cadillac engine. The original Lincoln engine was shot and motor mounts had been changed. Al had the more powerful modern Cadillac engine available, so he put it in the car, making it drivable at a very economical price compared to rebuilding the original V12 engine. The car is now clearly “modified” but enjoyable and reliable to drive rather than sitting idle and decaying. 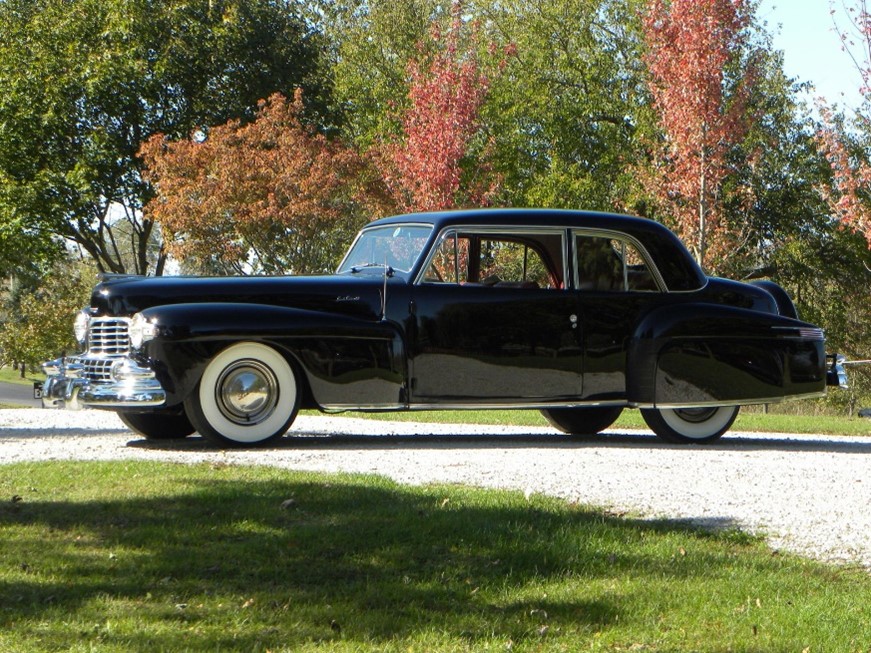 As the word suggests, this is a car that is restored but highly modified. The owner wants to preserve the basic style and form of the car, but upgrade everything else using modern parts and assemblies to greatly increase its performance. Let’s examine my 1940 Ford Coupe I call the Bahnburner, a name which relates to a fictional adventure in my book The Bootlegger 40 Ford. Here’s what has been done to this car: The 60 hp flathead Ford engine has been replaced with a highly modified 400 hp fuel injected later model 347 ci overhead valve Ford engine. The drum brakes have been replaced with power disk brakes. The steering is now rack and pinion. The transverse front and rear springs have been replaced with coil springs up front and parallel leaf springs in the rear. The three speed “three on the tree” manual transmission is now a C4 automatic connected to a new 9 inch Ford rear end. A modern A/C unit has also been installed.

The body and interior of the car are basically original. The dash is now all electronic, but it looks to the casual observer to be stock. Needless to say there is a huge difference in performance. If driven hard, it will keep up with my C5 Corvette during acceleration. From a visual standpoint, the car does not look out of place among original restored old Fords. I can now go fast safely with reliability and comfort, and hopefully not be an unwelcome sight among the beautiful restored cars in the club. Such is the nature of a restomod car. 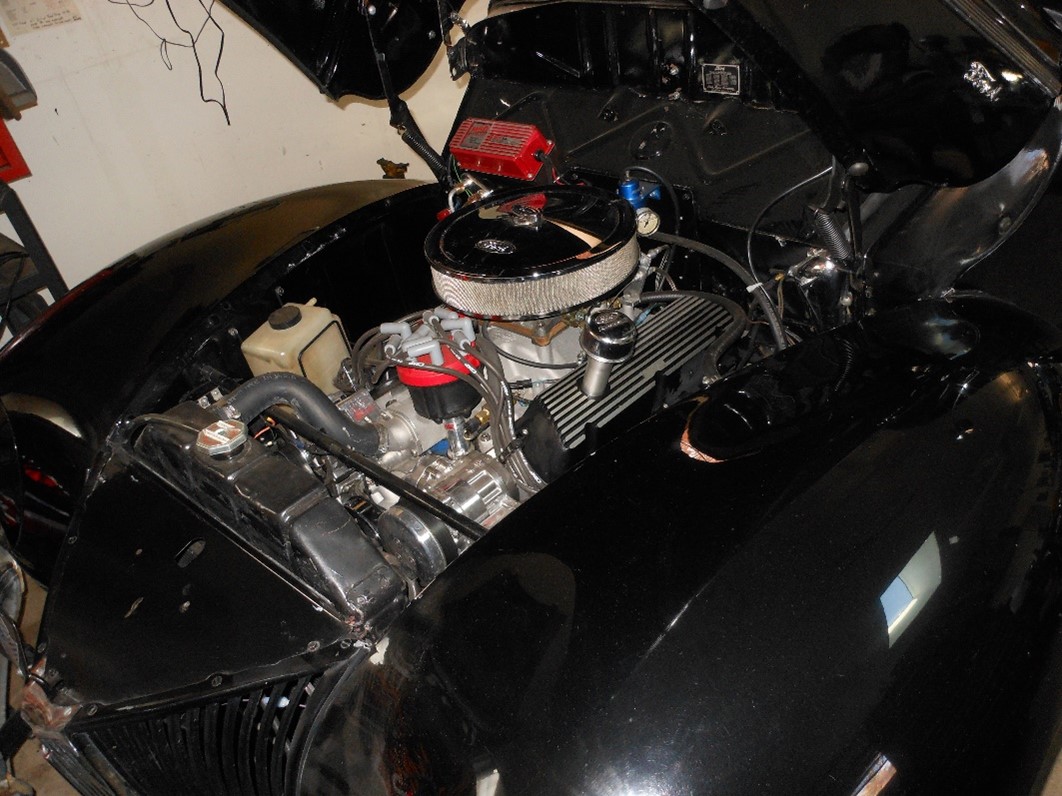 An original car is rolling history to be inspected and admired. It is the kind of car that true collectors want to buy and will pay a high price for it. They become the standard against which other cars are judged. They are hard to find and frequently are not for sale. The owner must be content to live with the lack of modern technical development, which includes better performance and the greatly improved safety of more modern cars.

In some instances, an original car can be in pretty bad shape, but because of its historical nature, it is left in that condition as a preservation of something that should be enjoyed exactly as it was manufactured, even if it is degraded. The value is very hard to determine as the appeal is highly personal.

Preserving a classic car by restoring it is the stated goal of most car clubs. Members want to enjoy that vehicle as originally built but need to make the necessary appearance and mechanical repairs. This makes the car saleable as a restored car rather than a project car. It is not uncommon that the sale price of a restored car fails to cover the cost of the restoration. This was the case with my 1940 Continental. The motivation for restoration should be personal satisfaction rather than profit and loss.

The LCOC Club is a little different in that it includes very modern and even new cars so restoration is not always an applicable concept. That is why judging at a meet is broken into different categories that recognize the age and need for restoration of the Lincolns.

A modified car preserves the essential nature of the car, but it will make the older machine a viable car to be driven and shown with pride. It is pride and joy for the owner and gives him a bond to other like-minded owners. The value of the car when sold can vary greatly depending on the nature and extent of modification and the quality of the workmanship. Poorly done work or bizarre changes decrease the value, while well done preservation and thoughtful changes can increase the value.

A restomod car, if properly done, lets the owner enjoy enhanced performance and safety while showing his sense of originality. The car is far from original and can be considered a classic in appearance only. In today’s market a really well done restomod car can be worth much more than an original. Affluent buyers that want to drive the car want the comfort, convenience, safety and reliability of a modern car, while admiring the beauty of the old style.

The old car hobby is constantly changing as time progresses and tastes change. “Smog cars” of the 70s and 80s are now becoming “classics” and collectible. At the time they were considered to be underpowered gas hogs. One rule seems to govern this hobby: if it was popular and desirable when new, it stands a chance of having a following when it is old. Jump in and have some fun . . . all it takes is money.