Those of you who keep your treasured printed copies of my past articles in your leather bound portfolio or in a special folder on your computer might want to revisit and review my modest proposals for handling some of society’s critical problems. I am not aware that any of these proposals, despite their soundness, have been implemented, but I now see the need for some additional innovative solutions to some critical problems brought on by the current pestilence.
Specifically, a large chunk of the economy and national mental fitness depends on the continuation of sporting events. The crucial problems that exist because of the dependence on large crowds of spectators plus a rigid foundation of rules and schedules cannot be ignored. The huge salaries of players and the profits for the owners are dependent, in large part, on advertising revenue that suffers when these events are cancelled.

No contest means no revenue and a distraught industry. In the gambling world, the situation has shrunk to such a new low that betting on ping-pong tournaments is now popular. I see nothing wrong with that as I was once a competitive ping-pong player for Oneonta High School. That skill remained with me for many years and allowed me to dominate my grandkids on the ping-pong “field” until they got old enough to catch on to my ploys. In addition, my eyesight and agility degraded, while their skills increased.
How can we deal with the current dire circumstances facing major sporting events?
AN INNOVATION FOR PROFESSIONAL HOCKEY

I used to think of ice hockey as a winter game played on frozen puddles of water in Canada. The manly sight of young men with no front teeth was inspiring. Now with the advent of R134 refrigerant and large indoor rinks, the importance of climate is no longer germane. Hockey is now played well into late spring and even early summer. The current pestilence stopped the competition in its tracks just as the all-important Stanley Cup playoffs were about to start.
It was decided to restart the 2020 competition during the summer, which could extend into early fall causing it to overlap into the start of the 2021 season. This creates a puzzling problem of how to end one season and start the next one if schedules overlap.
I have a modest proposal for this issue:
Why not have an intertwined schedule of two games per week? A game on Wednesday and another game on Saturday. The Wednesday game would count for the 2021 season, while the Saturday game would be for the finals of the 2020 season. This would allow for smooth integration of the two seasons resulting in solving a perplexing problem.
Baseball Double Benefit

The baseball season has started, but it has been cut from 140 games to 60 games. This places a severe hardship on the newly evolving legal gambling community because of the reduced amount of betting opportunities. Since they are not eligible for subsidy by the government, it is imperative that more opportunities be created for betting on the games during the abbreviated season.
The solution for this is actually quite simple:
Convert all remaining games to seven inning double headers. This allows for two wagers per contest. It gets even better because now there can be a bifecta, a bet that covers both games. This has never been done before and should create a betting sensation. The shorter contests should prevent overexertion by the players, but still give them ample time to chew bubble gum and scratch their groin.
College Football’s Severe Bind
The pestilence has forced college football into a bizarre situation where the season will not start until spring. This could mean that academic attention might override sports predominance in some major league schools. This puts a severe hardship on football recruiters who tend not to be concerned about academics. It also deprives the tax paying public of an outlet for celebrating their primary interest in the institution.
Here is a rational solution:
The delayed and abbreviated spring season can be pepped up by increasing the number and nature of the contests. Each institution will have an A and B team. The B team, which is made up of second rank players, will play on a weekday. The A team will play on the weekend. To determine the important national rating, the B team, which would be the less capable team, will only count half as much as the A team for the rankings. Since social distancing will probably still be in effect, the fans will get two levels of tickets. They can see 50% of the A team games and 50% of the B team games in stands that are only 50% full. Cheerleaders will give virtual performances, which will be displayed on the giant screens in the stadium. Good safety protocol can be accommodated, and the desire for football satisfied by this unique arrangement. 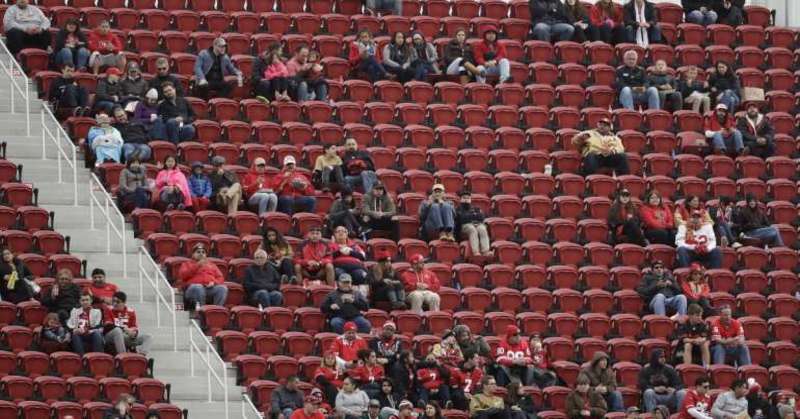 The NBA Has a Problem
Years ago, the star basketball players were of nominal stature with the center being outsized. They could exhibit their fancy dribbling skills around the court and make lightning passes as they circled the perimeter searching for an opening to dart in and shoot a basket. I remember Bob Cousy of the 1955 Boston Celtics, who was lightning fast and deadly accurate. The modern basketball players are huge giants that tower above other men. The contest is part passing the ball high and long distance to someone who can jump higher than you can climb a step ladder and part cage fighting match. This furious activity requires high energy consumption with excessive wear and tear on the players. This makes it essential for them to rest, thus doubling the schedule to make up for canceled games, which under the current rules, is unfeasible.
However, there is a possibility:
A minor rule change could accomplish two goals. By having a 45 minute break between quarters, the players could rest and recover and play more often. There would be a one hour break at halftime so players could eat and relax. During these breaks between periods, the arena would be emptied of spectators and blasted with high intensity ultraviolet light to effectively kill any virus that might be present. To insure that the arena will empty, it will be necessary to blast ultra, high volume insane techno music played by ultra, insane musicians.

With a guaranteed virus-free arena, it would be safe to fill it with fans, which guarantees more revenue. This is a very simple, workable solution.
IN CONCLUSION 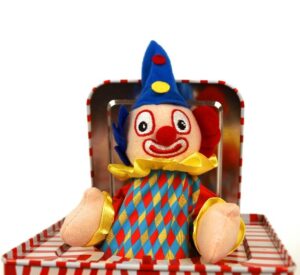 I have given you some trail blazing examples of how “outside the box” thinking can be used to solve difficult problems. Some people who are unimaginative have snidely suggested that it would be best to put me back “inside the box.” It is the small thinkers of the world that get us mired down in all sorts of problems. If we could just open our minds and think rational thoughts, there is no telling how many problems could be solved and conflicts avoided.