Now that the “Bluebird” 1962 Pontiac Catalina restomod is essentially done, it is time to turn my attention to the 1954 Chrysler Windsor. Let me refresh your memory . . . I had a 1955 Chrysler C300, which I salvaged as it was too far gone for restoration. I was able to save the complete, very rare engine from that car. It is the original 331 cubic inch 300 hp C300 dual carb hemi whose block is stamped with the 3N55 prefix proving its authenticity. It has the correct WCB 2317F Carter carbs, and the ultra-rare delta “bat wing” air cleaner in chrome, along with chrome valve covers. What to do with an engine and no car? The normal thing to do would be to put it up on EBay and sell it. It might go to a restorer, but I somewhat doubt that as most of the C300s have been accounted for by now, or It might go into a “rat rod.” Ugh!

On my daily cruise through the Hemming’s auction listing, out popped this listing for an all original 1954 Chrysler Windsor four door sedan with a genuine 120 hp Spitfire six engine, and no rust in its original faded light blue paint. This is one of the world’s least collectable cars. Why not have some fun and stuff the C300 hemi in it? It should go in OK as the New Yorker, which is the more expensive car in the product line, came with a hemi. (Nice little Q-ship – um – make that a BIG Q-ship). It should easily get 12 miles to the gallon and pass anything except a gas station. Fun Fact: the original C300s were the fastest cars at the Daytona Beach speed contest and won 18 early NASCAR races in stock form. The Windsor would not be a slug with that engine installed. 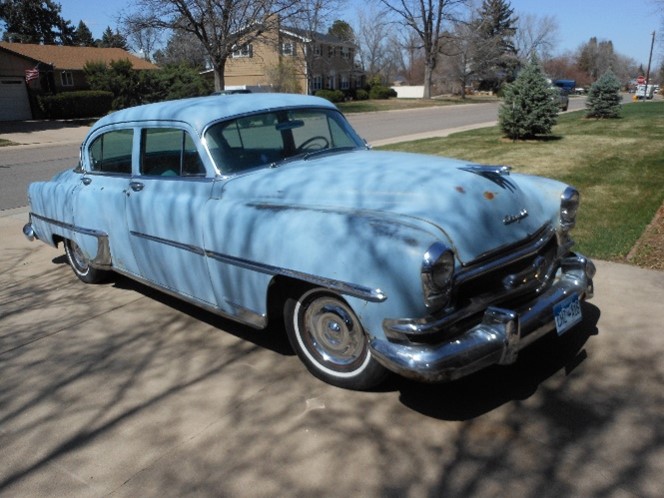 I tried driving it around for a short while with the Spitfire six purring away. I was transported back in time to the 1950s, and the days of the magnificent barges that roared down the highways and the interstates that were under construction. You know what I discovered? This old girl still has it: dead smooth engine, perfectly shifting transmission brakes that apply properly, and the usual “loosey goosey” steering. I bet it will still cruise easily at 70mph provided no hills. In the glove box, I found a complete record from the 1980s of every trip that it made including mileage traveled, the gas burned, and the cost of gas. This car came from Las Animas, Colorado and was obviously well maintained. So why am I going to violate it? I guess it is because I can. It really has a dim future as is as a collectible. 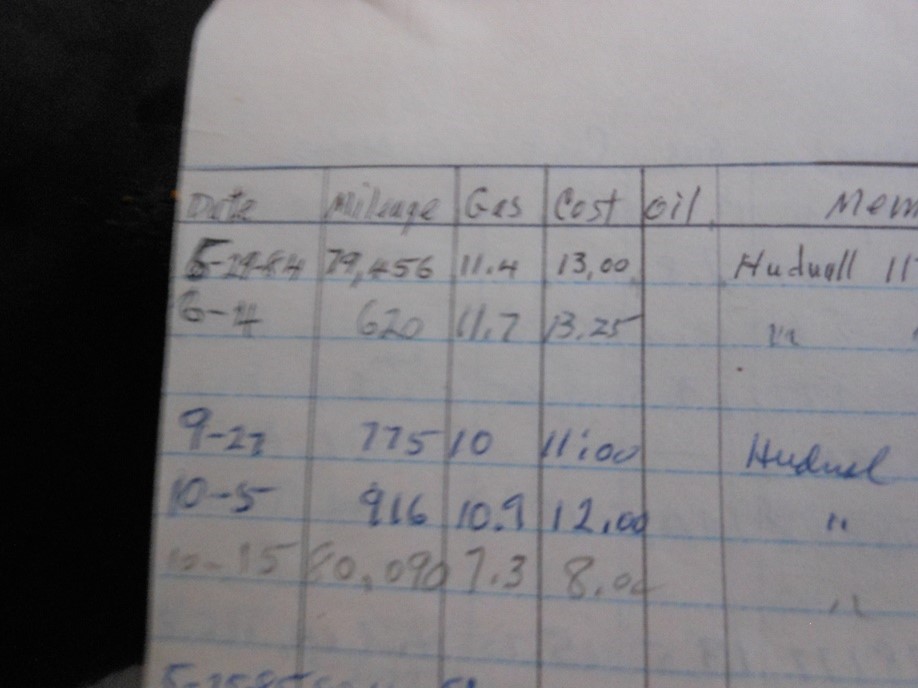 My buddy John Cimbura restores old prewar Plymouths, and he was going to put in a 327 Chev in his 1939 coupe. But that big Chrysler six would be just great in that light Plymouth. I called John and said, “Tell you what I am going to do. You help me take out the six and fit the hemi in its place, and you can have the six.” Done deal. We pulled off the front clip and out came the six. Piece of cake. We only had to weld in the hemi frame mounts and drop in the hemi. Piece of cake? NOPE!

We put the bare block with transmission and tail shaft installed, set it between the frame rails, and dropped the transmission mounting bolts into the cross frame holes. It would be an easy deal to exactly position the front engine mounts to the frame mounts that needed to be welded in. Right? WRONG! The engine was too far back, and it would clearly be wrong to weld in the frame mounts at that location. Why? Time to check the factory manual and the frame dimension diagram. On the diagram were the dimensions for all the frame members EXCEPT the transmission cross member., Uh-oh, no listed dimension meant that it depended on the engine installed. The six, which used a totally different front mount system, was longer than the hemi, so the transmission mount was further towards the rear. Duh!

Now it gets ugly. To move the cross member forward would mean cutting the heavy duty perches off the frame and rewelding them 3 inches forward. But John said he has a better idea: “Why not just make an adapter for the cross member plate that will move the mounting holes forward 3 inches?” We just need a ¼ inch thick 3” by 6” steel plate and 2” by 3” gusset. Now the gods were smiling on us. I went to the junk box and lying right there was a 3” by 6” ¼ steel plate and next it a 2” by 3” steel tube. We drilled two holes in the plate, welded them both in, and all becomes perfect.

The “overhauled” hemi, which was supposedly in great condition, has been returned from the machine shop where I sent it for precautionary inspection to confirm that it was a good engine. They only found three major things wrong with it: badly knurled used pistons, a burnt connecting rod, and bad valve springs; other than that, it was perfect! Therefore, it received a rod repair and new bearings, new pistons and rings, a complete valve job and balance. Now the “overhauled” engine is really ready for assembly and installation. 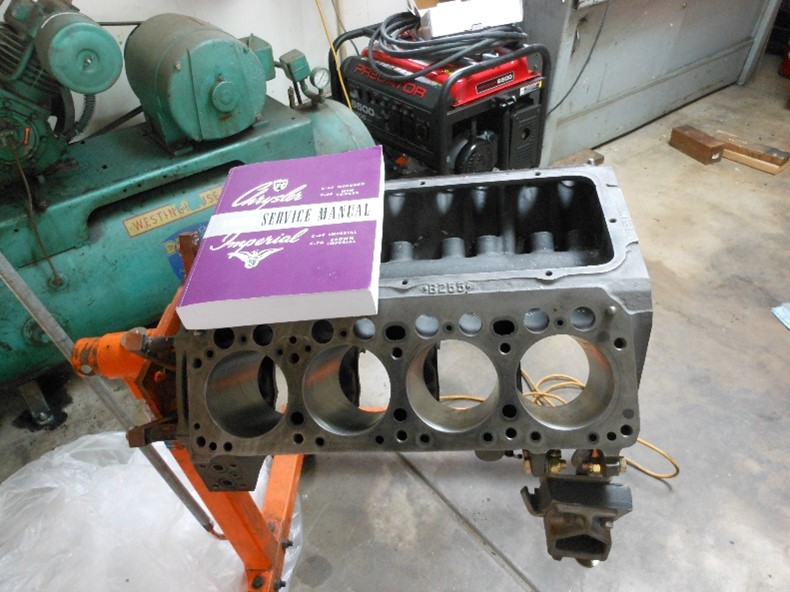 Next up is to redo the brakes, give it a new driveshaft, do a 6 to 12 volt conversion, redo the wiring, put in new carpet and seat covers, install a C300 speedo and instruments, spif it up with a new paint job, etc. Piece of cake! 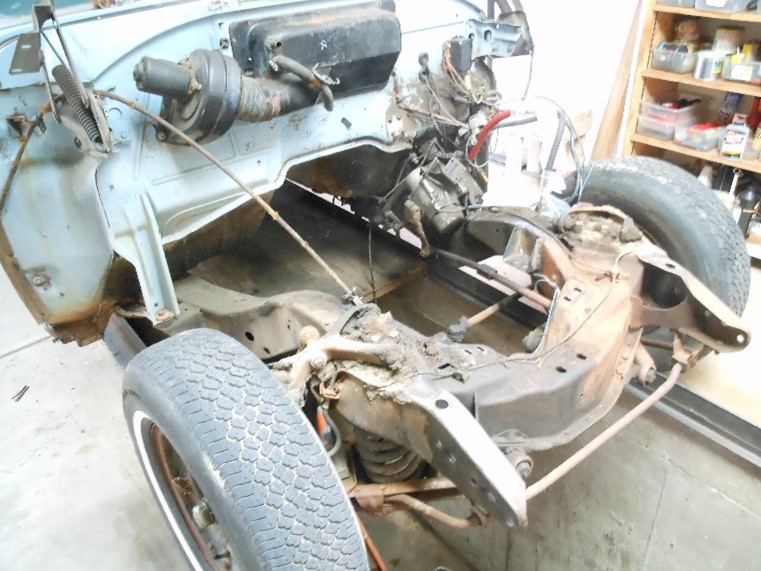 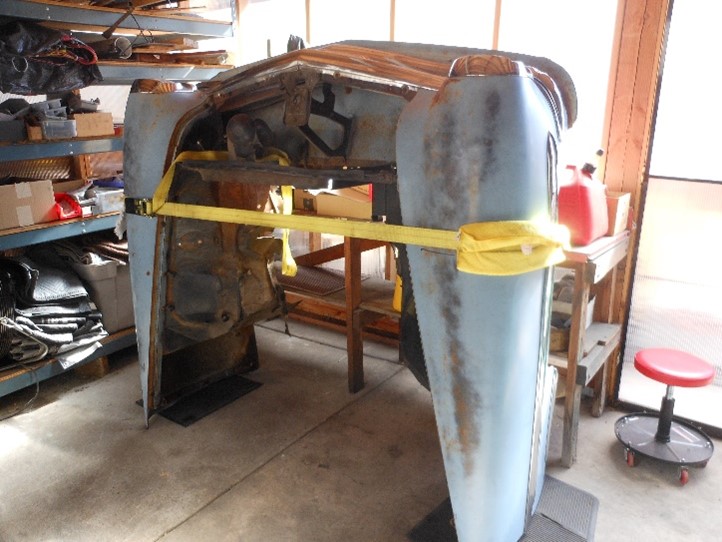 There is no going back now.

What would you do:
Keep the Chrysler original?
Swap in the hemi?
Save the money and go on cruise?

Am I brilliant or stupid?
Not sure which one I would pick, so I want to hear from you! 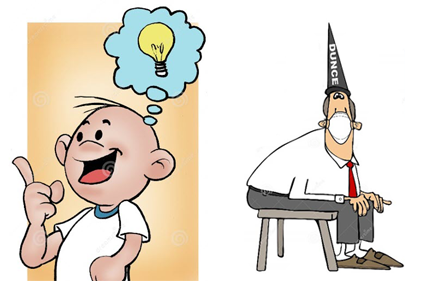